In honour of the legendary saloon car hero Gerry Marshall, this race is choc-full of evocative liveries and sponsors, and for this graphic designer at least, it’s a feast for the eyes. But these liveries expose a darker side.
In 1968, Team Lotus rolled on to the grid in the red, white and gold colours of Gold Leaf cigarettes. It was the first time cigarette sponsorship had been seen in F1 and within months, everything changed. Quickly, other teams followed suit, ditching their traditional National racing colours for the likes of JPS, Rothmans and Marlboro in return for the financial security they afforded.
Marlboro, in particular became synonomous with F1 and motor racing in general. The iconic red and white Marlboro livery has graced some of the most competitive and most loved racing cars of all time. The cash injection also making superstars out of drivers such as James Hunt, Niki Lauda and Alain Prost. 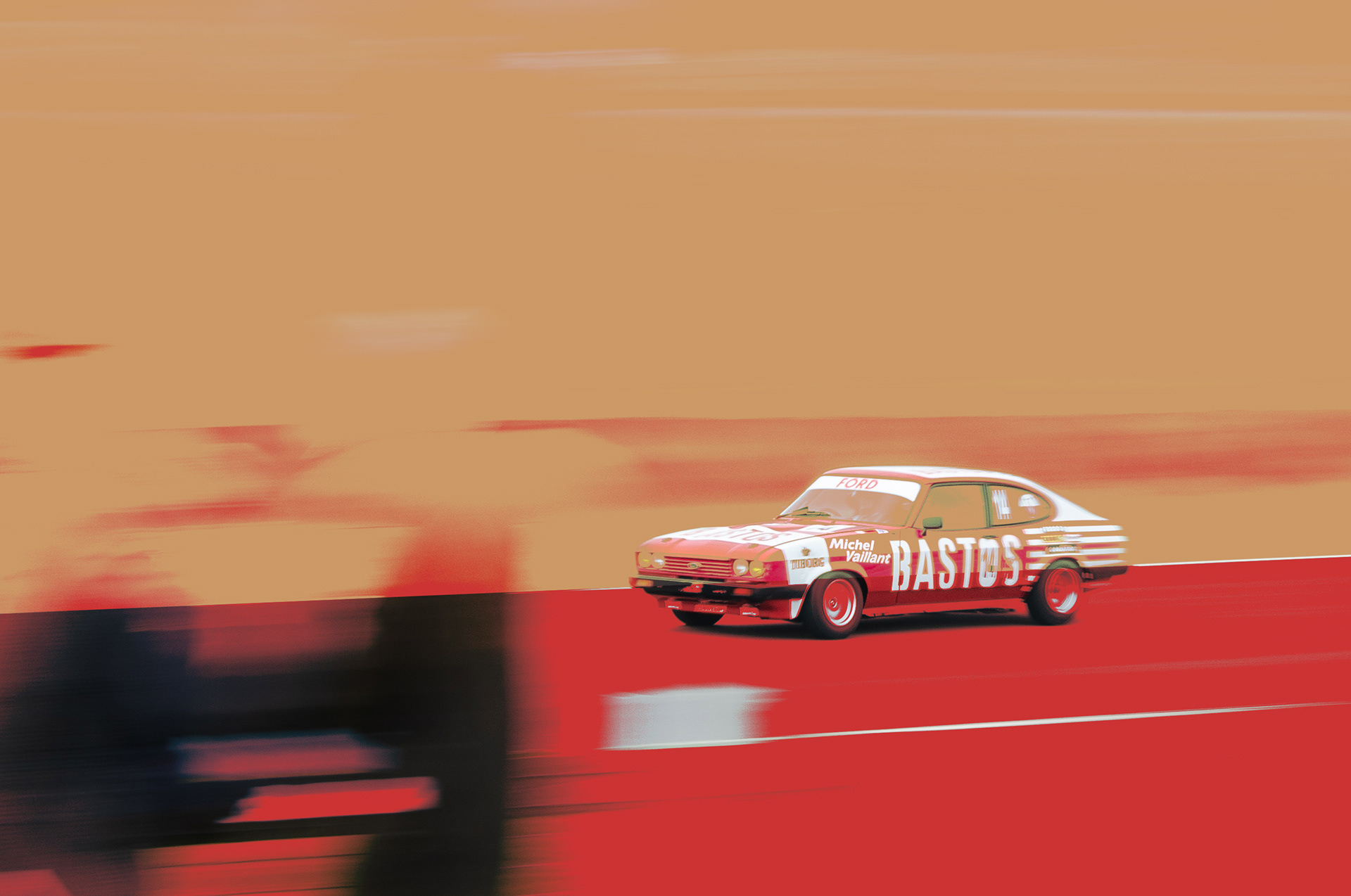 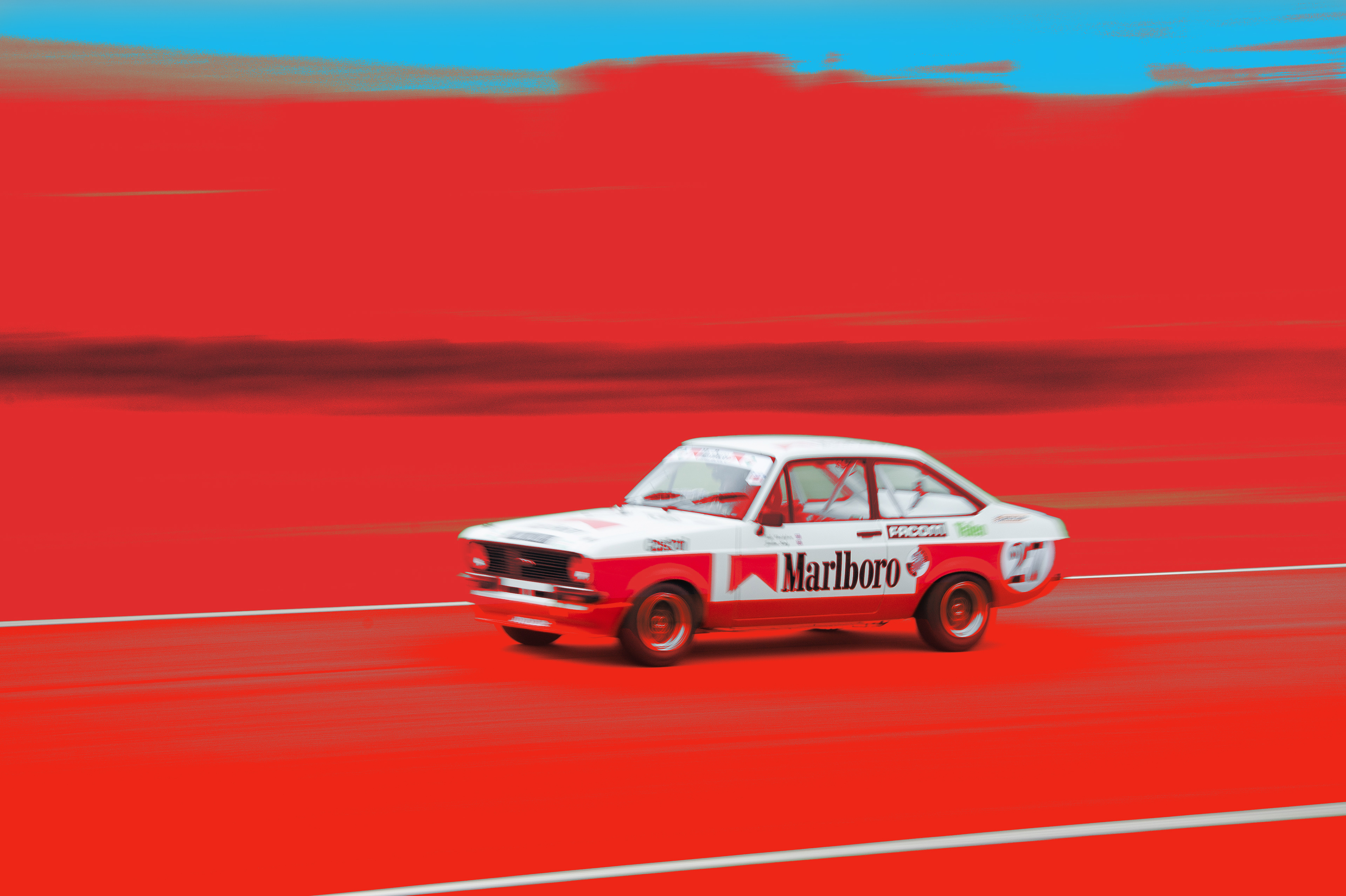 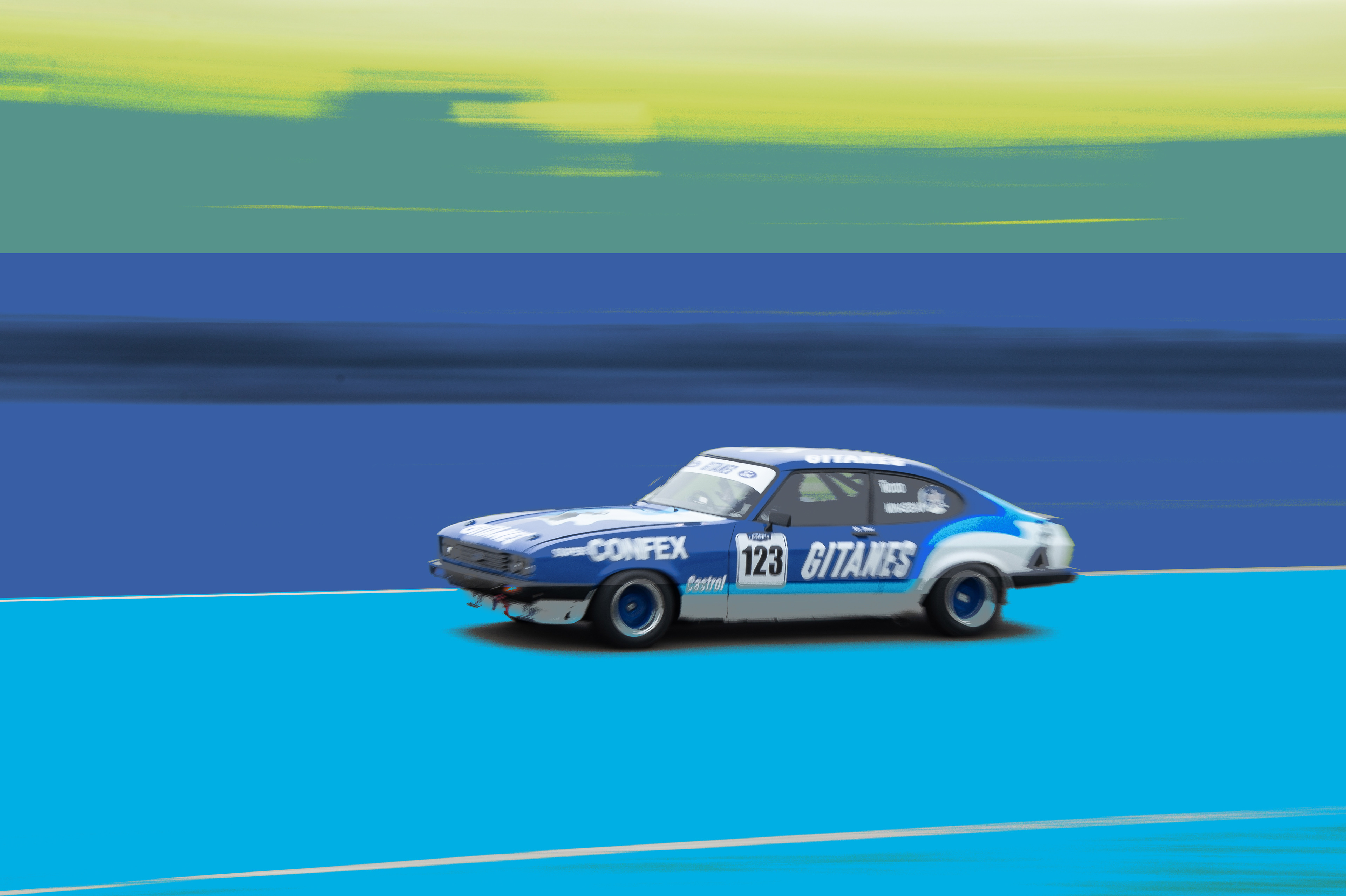 Although cigarette sponsorship was banned in 2007, alcohol has fared better. Again, in 1968 Italian vermouth distillery Martini & Rossi created one of the most iconic racing car liveries and still sponsor Williams F1 today. The infamous red and blue stripes have adorned all manner of racing cars from Brabham, Porsche and perhaps most famously Lancia.
Throughout the 70s and 80s, Jägermeister became an instantly-recognisable sponsor of various European teams, including Ford, BMW and Porsche. The bright orange livery and gothic Jägermeister text is unmistakable. Largely unkown in the UK at the time, it helped to transform the fortunes of the brand (with a little help from Red Bull).

Motoracing has courted controversy in return for lucrative sponsorships. However, few can argue that the resulting partnership spawned the most iconic branding and car racing liveries ever.
Watching the Gerry Marshall Trophy at Goodwood Members Meeting brought it home to me how this dangerous mix of cigarettes, alcohol and motorsport ever existed in the first place! But exist it did and putting the controversy aside, it remains an evocative and powerful representation of a time before driver aids, pit stop strategies and data-driven thinking.
Stripes made cars faster, tobacco made them more sexy and that was that.
That didn’t mean the end for other sponsors. American brand UFO jeans slapped their stars and stripes logo on BMW’s touring cars and created an instantly recognisable colour scheme. Similarly and perhaps more innocently, sensing a huge opportunity in the ever popular British Saloon Car Championship, Datapost sponsored Ford Fiestas won 7 rounds of the 1980 championship. Seeing these cars brought back memories of my Scalextric Datapost MG Metro! 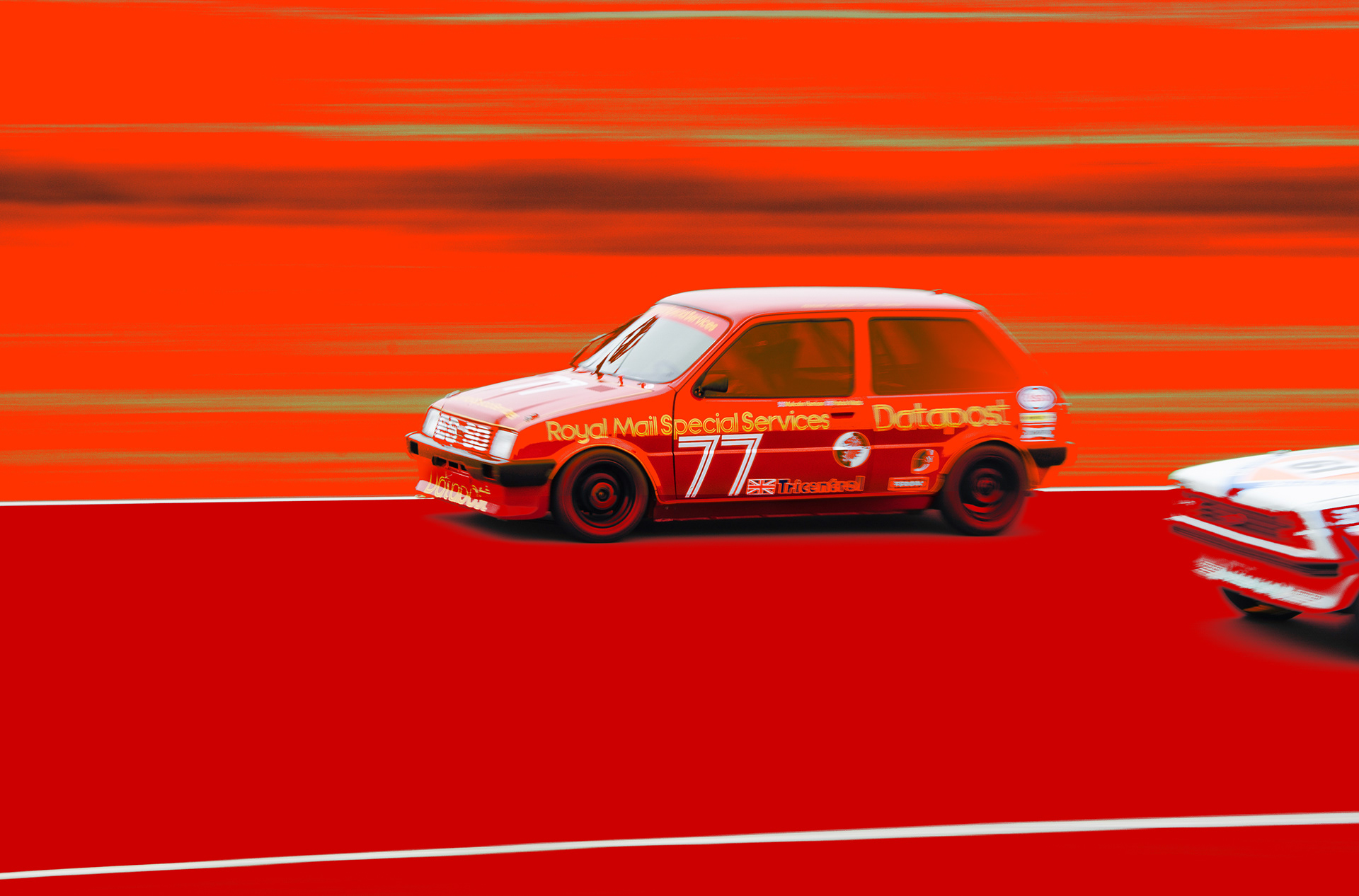 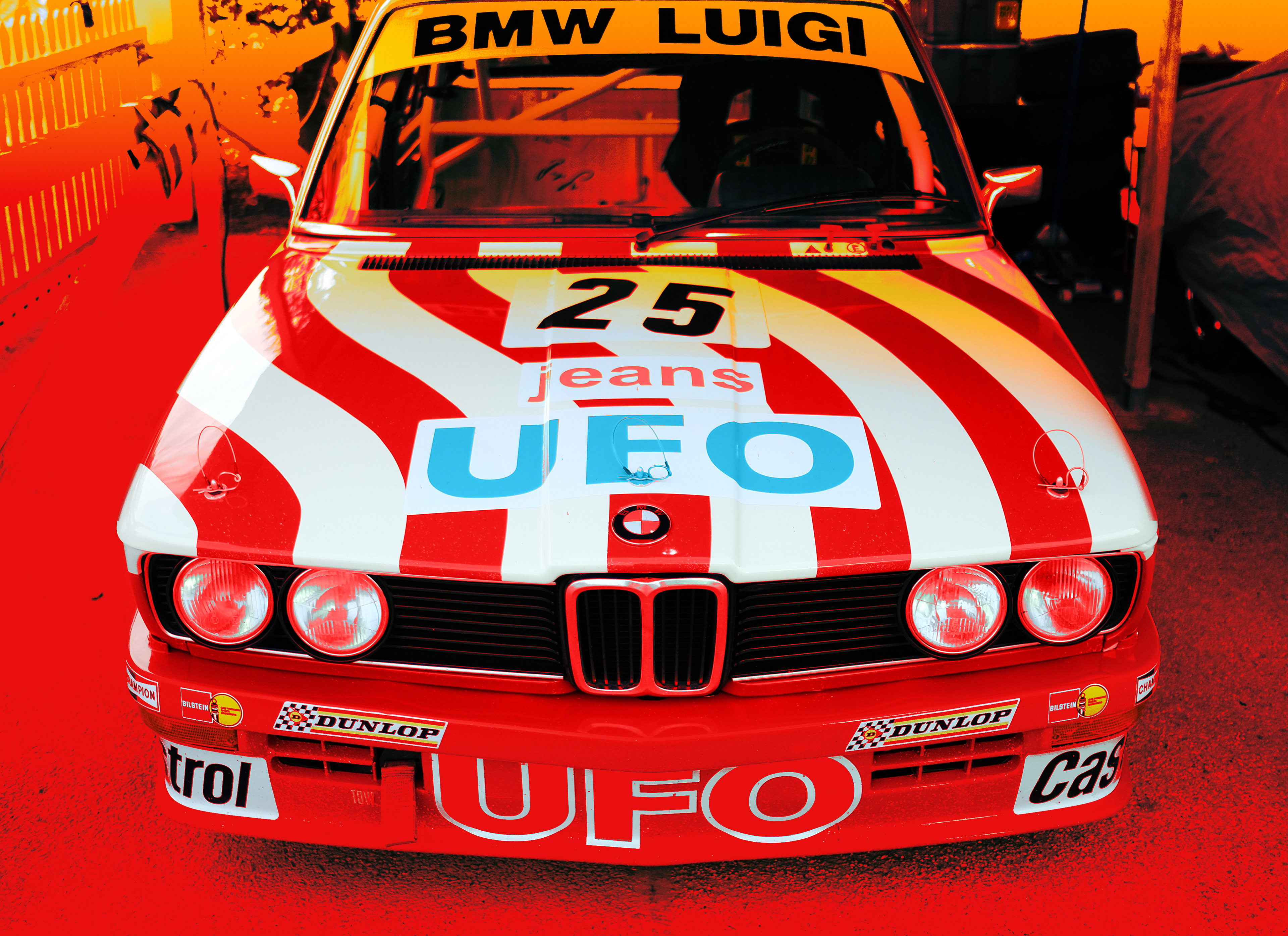 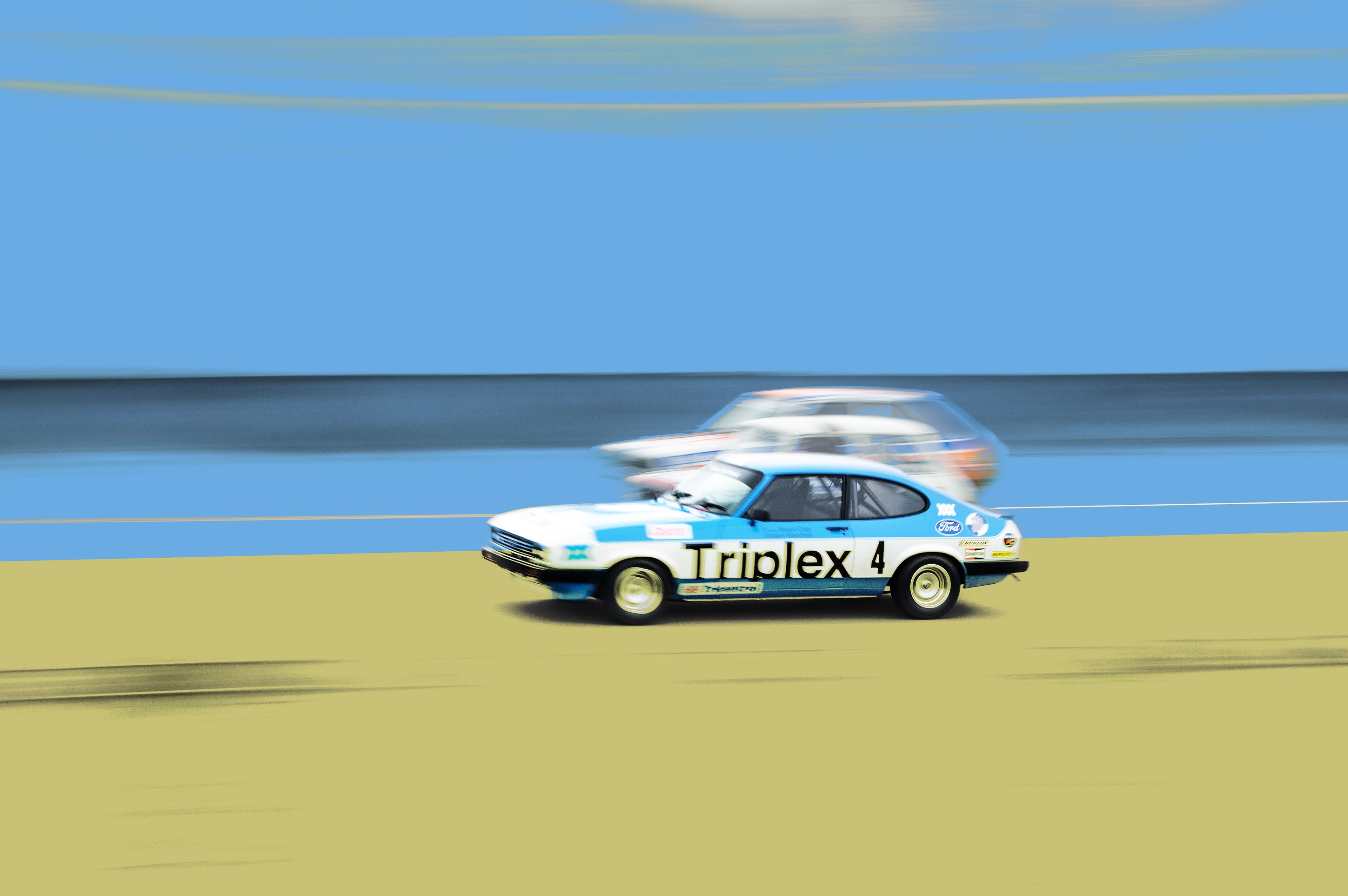 And that’s it really, these liveries, however contentious and cynical somehow manage to tug at the heart strings. Weird, when you think about it.
↑Back to Top